Polluting firms 'will be hit by climate policies' 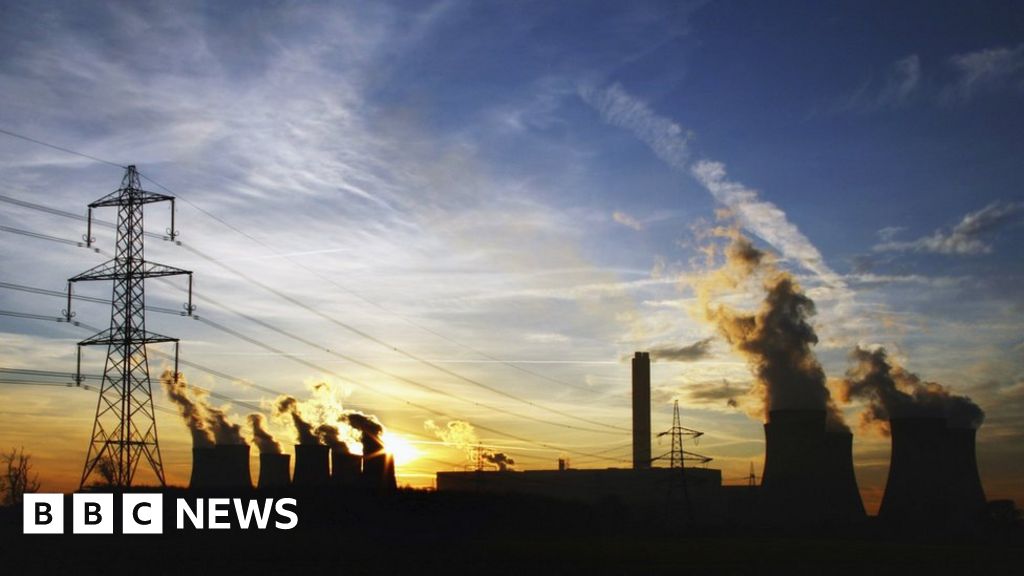 Polluting firms 'will be hit by climate policies'

Carbon-intensive firms are likely to lose 43% of their value thanks to policies designed to combat climate change, a report says.

Meanwhile the most progressive companies will see an uplift of 33% in their value.

The forecast was commissioned by the UN-backed Principles for Responsible Investment (PRI).

Representatives of fossil fuel companies told the BBC they were already adapting their businesses to take climate change into account.

But the PRI study suggests major winners and losers will emerge between, and within, big sectors.

Car-makers with the swiftest transition to electric vehicles (EVs), for instance, are projected to increase in value by 108%, according to the study by Vivid Economics.

Manufacturers slow to move to EVs will see their value fall, as governments realise that petrol and diesel models must be phased out faster for climate targets to be met.

Meanwhile, the study predicts that the world’s largest listed coal companies could fall in value by 44%. And the 10 biggest firms in oil and gas could lose 31% of current value.

Electric utilities with the strongest strategy for renewables could see values increase by 104%, while laggards could see them fall by two-thirds.

Miners producing minerals critical for the transition may see a 54% upside, while those with the smallest share of “green minerals” will witness valuations almost halving.

Agricultural firms with high exposure to “sustainable” biofuels and non-beef protein sources could gain at least 10% of current value.

Those exposed to under-pressure sectors such as cattle may lose between 15% and 43% - depending on their links with deforestation.

The figures are inevitably speculative, and rely on an assumption that politicians will be forced to respond strongly to the growing climate crisis – which, given current political progress, remains debatable.

But they do echo the warnings issued by the Bank of England governor Mark Carney, who said firms ignoring the climate challenge would go bankrupt.

Already some insurance firms are refusing to offer cover to new coal-fired power stations because the risk of policy change is so great.

The giant AXA, for instance, says it will stop insuring any new coal construction projects, and totally phase out existing insurance and investments in coal in the EU, by 2030.

Fiona Reynolds, CEO of the PRI, said: “This analysis underscores the extent to which markets are under-pricing climate transition risk.

“One in five of the world’s most valuable companies are impacted by at least 10% in either direction.

“While the market-level effects of an abrupt policy response to climate change may appear manageable, this masks a much more complex and significant story, with some huge winners and losers emerging between sectors and within them.

“We are calling on investors to get real on climate policy risk, and this robust modelling exercise and analysis will enable them to do that.”

Mike Tholen, from industry body Oil and Gas UK said: “The (oil and gas) majors targeted in this report are actively reducing their carbon footprints, pursuing technologies including Carbon Capture and Storage and diversifying their businesses into a broader mix of renewable energy.

“Oil and gas remain an important part of the energy mix for decades to come, and will be used in an increasingly low carbon manner to meet global energy needs.”

This confident response will alarm scientists who were warning at the UN climate conference last week that emissions from oil and gas were growing strongly, as coal growth slows.

And a spokesperson for the Society of Motor Manufacturers and Traders said: “Vehicle manufacturers and suppliers are investing vast sums in ultra-low and zero emission vehicles to help meet the same environmental goals.

“[Now] we need the right conditions to encourage investment, innovation and a competitive market.

“This must include giga-scale battery production and electrified supply chains, massive skills and infrastructure investment and long-term incentives to help companies and consumers make the shift sustainably.”