Indian Ocean Dipole: What is it and why is it linked to floods and bushfires? 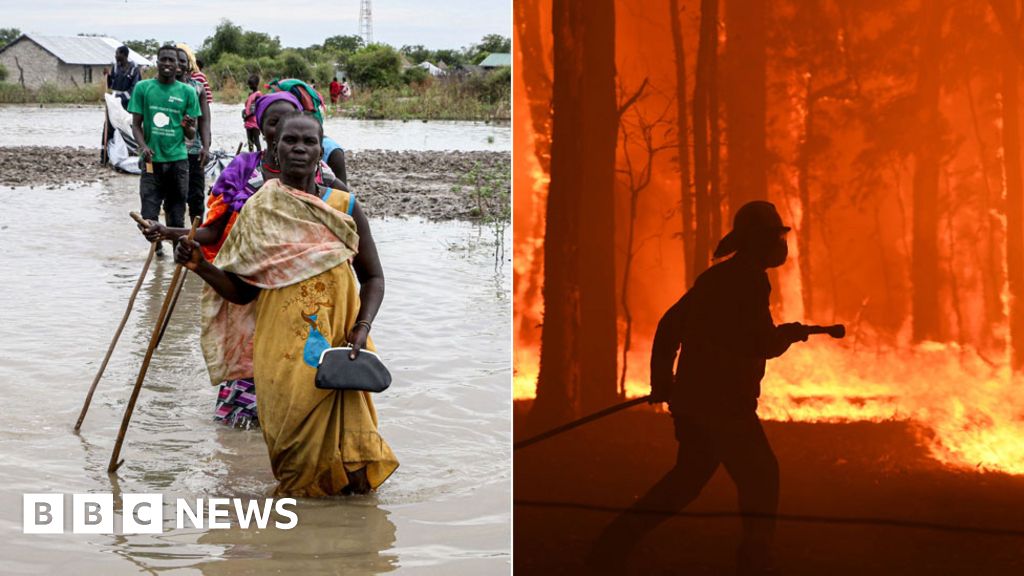 Indian Ocean Dipole: What is it and why is it linked to floods and bushfires?

Flooding and landslides in East Africa have killed dozens of people and forced hundreds of thousands from their homes. Meanwhile, thousands of miles away in Australia, a period of hot, dry weather has led to a spate of bushfires.

What exactly is the dipole and how does it work?

The dipole is a climate phenomenon similar to El Niño

The Indian Ocean Dipole - often called the "Indian Niño" because of its similarity to its Pacific equivalent - refers to the difference in sea-surface temperatures in opposite parts of the Indian Ocean.

Temperatures in the eastern part of the ocean oscillate between warm and cold compared with the western part, cycling through phases referred to as "positive", "neutral" and "negative".

The dipole's positive phase this year - the strongest for six decades - means warmer sea temperatures in the western Indian Ocean region, with the opposite in the east.

The result of this unusually strong positive dipole this year has been higher-than-average rainfall and floods in eastern Africa and droughts in south-east Asia and Australia.

"When an Indian Ocean dipole event occurs, the rainfall tends to move with the warm waters, so you get more rainfall than normal over the East African countries," Dr Andrew Turner, a lecturer in monsoon systems at the UK's University of Reading, told the BBC.

"On the other hand, in the east of the Indian Ocean, sea surface temperatures will be colder than normal and that place will get a reduced amount of rainfall."

A negative dipole phase would bring about the opposite conditions - warmer water and greater precipitation in the eastern Indian Ocean, and cooler and drier conditions in the west.

A neutral phase would mean sea temperatures were close to average across the Indian Ocean.

Heavy downpours have devastated parts of East Africa over the last two months, with the Horn of Africa seeing up to 300% above average rainfall between October and mid-November, according to the Famine Early Warning Systems Network.

Almost 300 people have reportedly died and 2.8 million people have been affected, according to the UN Office for the Coordination of Humanitarian Affairs.

The Famine Early Warning Systems Network has warned of further flooding in Kenya and the Lake Victoria basin as well as areas of Tanzania, Rwanda and Burundi.

Kenya's Met Department said the heavy rain could continue into the New Year.

Meanwhile in Australia, record-breaking spring temperatures have helped spark and fan a series of bushfires across the country.

About 100 bushfires are raging in the Australian state of New South Wales (NSW), with the most severe forming into a "mega blaze" north of Sydney.

The Australian Bureau of Meteorology has warned communities to prepare for more severe fire danger, with a high chance of warmer than usual days and nights for much of the country throughout summer.

Andrew Watkins, head of long-range forecasts at the bureau, said the dipole was crucial to understanding the heatwave.

"The key culprit of our current and expected conditions is one of the strongest positive Indian Ocean dipole events on record," he says.

"A positive IOD means we have cooler than average water pooling off Indonesia, and this means we see less rain-bearing weather systems, and warmer than average temperatures for large parts of the country."

Extreme climate and weather events caused by the dipole are predicted to become more common in the future as greenhouse gas emissions increase.

In a 2014 study published in Nature, scientists in Australia, India, China and Japan modelled the effects of CO2 on extreme Indian Ocean dipoles, such as those in 1961, 1994 and 1997.

Assuming emissions continue to go up, they projected that the frequency of extreme positive dipole events would increase this century from one every 17.3 years to one every 6.3 years.

"The countries in the west of the Indian Ocean, so on the African coast, are going to see much, much more flooding and heavy rainfall relating to these events," says Dr Turner. "You're going to get more damaging impacts on crops and on infrastructure and flooding.

"On the other hand, in the east of the Indian Ocean, islands on the west side of Indonesia are going to see a greater chance of drought and reduced rainfall."

By Pablo Uchoa and the BBC's Visual Journalism teams