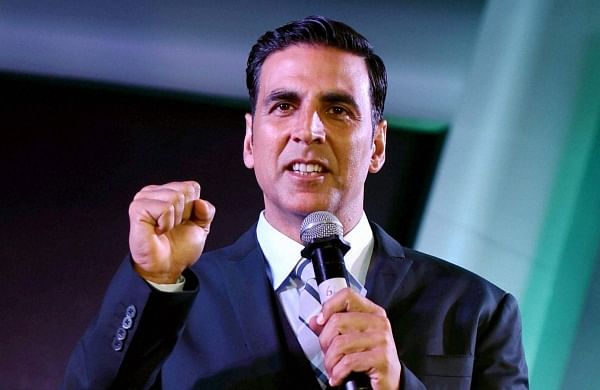 MUMBAI: Ever since Bollywood superstar Akshay Kumar announced that he is set to give up his Canadian passport and resume Indian citizenship, netizens have been having a field day with reactions.

One wrote about Akshay, who has lately delivered several hits in the genre of patriotic films.

A few others wrote:

This @akshaykumar has applied for Indian passport and citizenship now that his pathetic movies are doing well at the box office.

Make up your mind na?
We are hitting rock bottom, you'll need the Kaneda cover.

Gonna tell my kids this guy became patriot overnight after his canadian citizenship got exposed!
PS: By that time he'd settle in Toronto bcoz it's his home. #AkshayKumar pic.twitter.com/CwD42lRM8p

One Twitter user brought in other Bollywood actors too to the controversy.

This isn't the first time that Akshay has been questioned over his citizenship.

In May this year, he even issued a statement that said he has never hidden or denied that he holds a Canadian passport and that he doesn't understand the unwarranted interest and negativity about it.

Lately, Akshay has given a string of hits woven around subjects of patriotism such as "Kesari", "Baby", "Holiday: A Soldier Is Never Off Duty" and "Airlift".