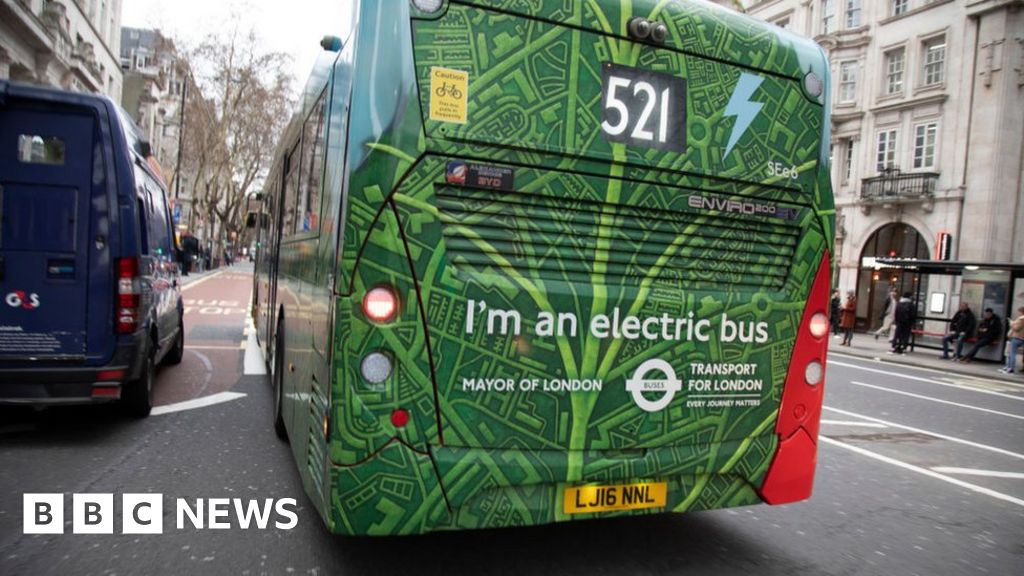 Labour plans to make the entire UK bus fleet electric by 2030 with a £4bn investment, if it wins the general election.

This would reduce bus emissions by more than 70%, cutting air pollution and helping to tackle climate change, the party said.

But Conservatives claim the plans are part of "Labour's war on the motorist".

More than 3,000 bus routes have been cut or reduced over the past decade, campaigners said in October.

Labour says the cost of this policy will be under £4bn over a 10 year period and will come from Labour's Green Transformation Fund.

Labour leader Jeremy Corbyn said: "The Westminster bubble doesn't care about buses but cuts to bus routes leave so many people isolated, stuck at home and unable to make vital trips out.

"Away from London, many people have approached me in this election to talk about their local bus route closing down."

The funding will be drawn from Vehicle Excise Duty - formerly known as road tax - with Department for Transport money directed away from road building.

The pricing is based on the cost of buying new electric buses, and reimbursing bus owners for phasing out fossil fuel vehicles before the normal end of road life.

While bus services are devolved, Labour said it would make money available across the UK.

"Labour won't be able to deliver a modern bus network because they would raid the roads budget and scrap vital new roads and upgrades to fund their fantasy giveaways."

The Conservatives have pledged to "help local authorities to partner with bus companies to create new superbus networks" and make £50m available "to develop the first all-electric bus town or city".

Road campaigners said in October that bus service funding has been slashed over a decade.

Local authority funding for bus services fell by more than 40% over that time, while central government funding fell by 19%, the Campaign for Better Transport said in October.

However, the Department for Transport said at the time it supported local bus services with a £250m annual grant to keep fares lower.

Liberal Democrat shadow transport secretary Wera Hobhouse said on Friday: "The steady degradation of bus services by the Conservatives across the UK is a disgrace.

"The Liberal Democrats would spend £4.8bn on restoring bus routes over the next five years.

"We would also spend £970m on funding electric buses and coaches, reducing emissions and ensuring our transport system plays its part in tackling the climate emergency."