Tony Shalhoub once drove Bill Murray around in a cab 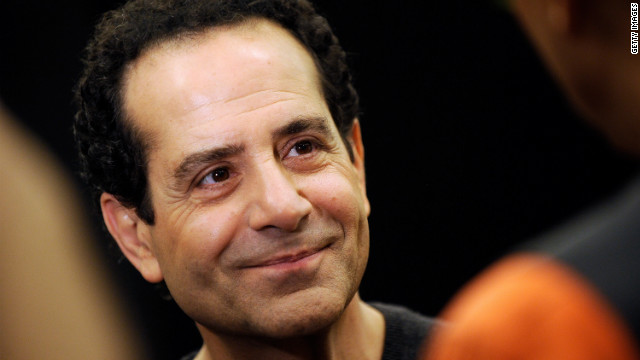 Tony Shalhoub once drove Bill Murray around in a cab

But Tony Shalhoub started with small roles, one of which was driving Bill Murray around in a New York City taxi.
"I lived in New York in the '80s and one of my very first movies was a Bill Murray movie called 'Quick Change,' Shalhoub told Esquire. "This really crazy movie with Geena Davis and all these people. And it was one of my first movies but I was mostly doing night shoots. I was playing a foreign cabby. I was rehearsing a Broadway -- we were the first cast in the 'Heidi Chronicles' -- I would rehearse from like eleven in the morning to five or six at night and run out of the rehearsal room, jump in a van for the movie production, and they'd take us out where we were shooting in Queens."
The actor continued: "I'd go home when the sun came up at like five o'clock, go to bed for five or six hours, get up, go back to rehearsal, and I would just do this for three weeks or four weeks. It was so fun. I thought, 'It's never gonna get better than this.' Here I am rehearsing for a Broadway show, and I'm in a movie with all these great people in New York City."
In "Quick Change," Shalhoub played a cabbie who tries to get Murray's character to the airport with the stolen money.
"They had me invent like a gibberish language because they wanted it to be like an unidentifiable thing," Shalhoub said. "So I just made up my own dialogue, and it was a really crazy movie."
The third season of "Mrs. Maisel" streams December 6 on Amazon Prime.
Read this on WNG CNN