David Beckham film plays at hospital he was born in 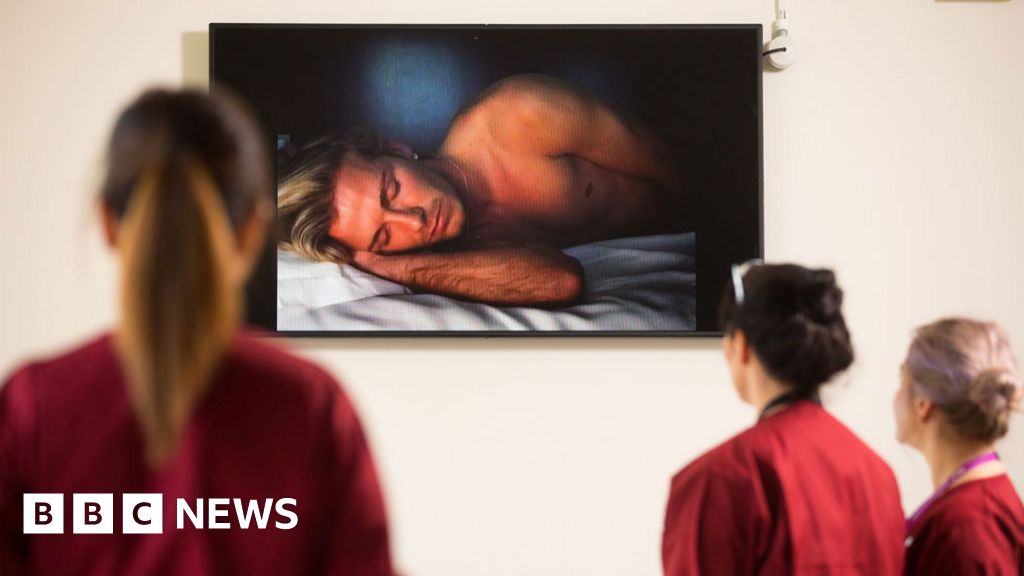 David Beckham film plays at hospital he was born in

An hour-long video of former footballer David Beckham sleeping has gone on show at the London hospital he was born in.

Sam Taylor-Johnson's artwork has been loaned to the ultrasound department at Whipps Cross Hospital in Leytonstone, east London, until March 2020.

The National Portrait Gallery's Sarah Tinsley said both artist and subject were "very happy" with the loan.

Beckham, now 44, was born in the hospital's maternity unit in 1975 and grew up nearby.

Taylor-Johnson was commissioned to create a portrait of him in 2002, when she was known as Sam Taylor-Wood.

The Fifty Shades of Grey director has previously called the piece, which plays on a continuous loop, a "meditation on celebrity".

"We looked at a number of different venues with a relationship to David Beckham, including a railway station, a school and a football ground," said Tinsley.

"In the end, the hospital seemed to provide the best environment for showing the work.

"What this space provides is a moment of quietness while people are waiting for appointments or coming out," she continued.

"The work is a very peaceful, very intimate, different kind of portrait [that] provides people with something very quiet [and] peaceful to look at."

The loan is part of the National Portrait Gallery's Coming Home project, which involves portraits of 50 individuals travelling to places which which they are closely associated.