Here's where the jobs are — in one chart 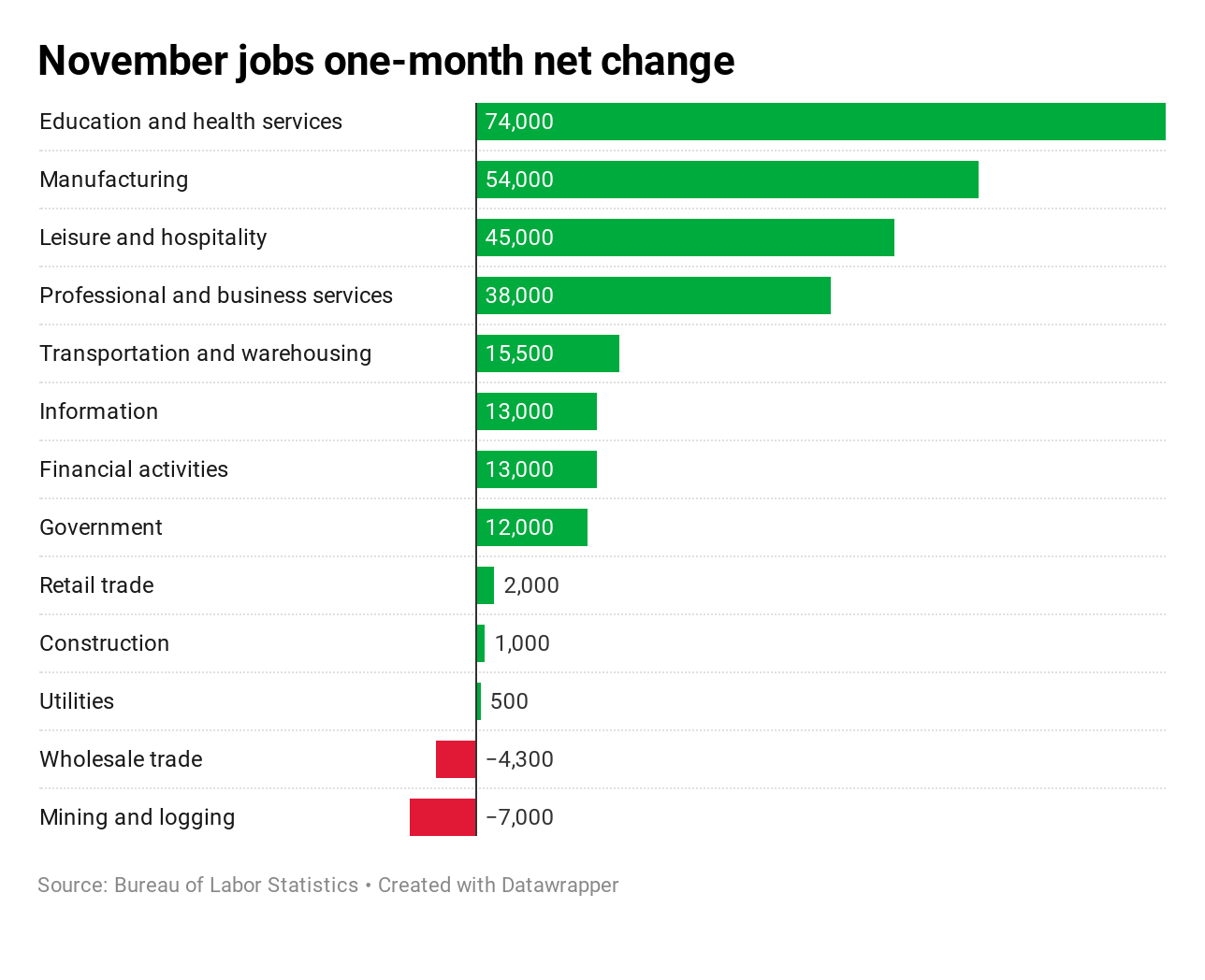 Here's where the jobs are — in one chart

The government reported Friday that payrolls increased by 266,000, easily besting the 187,000 estimate economists polled by Dow Jones had forecast. The unemployment rate ticked back down to 3.5%, matching an earlier 2019 low that at the time was the lowest since 1969.

CNBC studied the net changes by industry for November jobs based on data from the Labor Department contained in the employment report.

The education and health care industry was by far the strongest during the month of November, adding over 70,000 jobs for the month.

The whopping gain for health care, in particular, further cemented its place as an employment juggernaut in the United States for the foreseeable future thanks to changing demographics and advances in medical technology.

To be sure, manufacturing's gain of 54,000 was almost entirely thanks to General Motors workers returning from one of the longest strikes at the automaker in its history. The industry saw a net loss of 43,000 in the prior month, reflecting the strike; when combined with November's strong gain, the net change is a gain of 11,000 over the two months.

"Notable job gains occurred in health care and in professional and technical services. Employment rose in manufacturing, reflecting the return of workers from a strike," the government said in a press release.

"Employment continued to trend up in leisure and hospitality, transportation and warehousing, and financial activities, while mining lost jobs," the Labor Department added.

Leisure and hospitality clinched the No. 3 spot for the month of November with a net gain of 45,000 positions. The food services industry continued to buoy the headline hospitality figure as restaurants and bars added to several months of strong hiring.

Retail trade, in the midst of the key holiday shopping season, managed to hold steady and even add a small number of jobs to help offset net losses for the year. Retailers added 2,000 jobs.