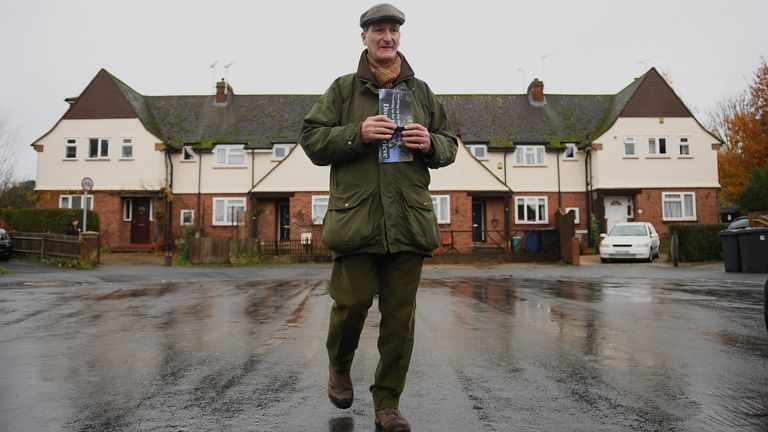 Former Conservative prime minister Sir John Major has urged voters to back three rebel candidates who were expelled from the party over Brexit and are now running against Boris Johnson's Tories in the election.

Speaking ahead of a rally on demanding a second EU referendum, Sir John said he would vote for ex-ministers David Gauke, Dominic Grieve and Anne Milton if he lived in their constituencies.

Ms Milton, Mr Gauke and Mr Grieve lost the Conservative whip earlier this year after voting against Mr Johnson on Brexit, and are now running against official Tory candidates as independents.

Describing them as "principled, decent human beings", he said: "If I were resident in any one of their constituencies, they would have my vote."

Parliament will be "the poorer" without "such talent on its benches", Sir John said.

On tribal loyalty, Sir John added that "no single party has a monopoly on wisdom" and that "sometimes you need to vote with your head and your heart for your country and your future".

The man who occupied Number 10 between 1990 and 1997 described Brexit as the "worst foreign policy decision in my lifetime" and something that will "make our country poorer and weaker".

"Brexit may even break up our historic United Kingdom," Sir John said.

He said that when the country voted in the referendum, "they did so on a diet of fiction and undeliverable promises", adding: "As the facts become known, it is extraordinary that a new vote is denied: extraordinary, and undemocratic."

Tony Blair will also be part of Friday's event, which has been organised by the Vote For A Final Say and For Our Future's Sake campaigns.

The former Labour PM will say that the Conservative Party "does not deserve to govern unchecked and the country would not be wise to let them".

Dominic Grieve, a former attorney general, is hoping to be re-elected as the MP for Beaconsfield, while ex-minister Ms Milton is seeking re-election in Guildford.

David Gauke is standing as a candidate in South West Hertfordshire.