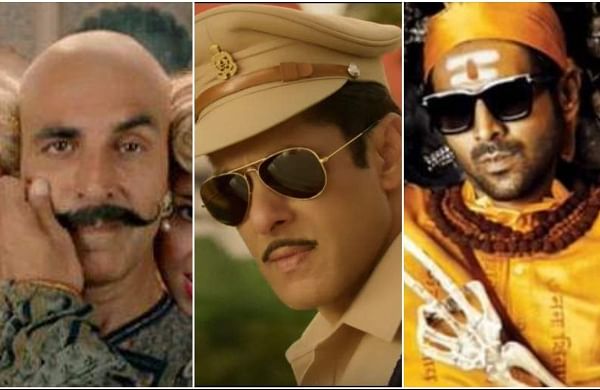 Bollywood woke up to the franchise phenomenon way later than its western counterpart. It was only in the early 2000s with the commercial success of films such as Munnabhai MBBS, Krrish and Dhoom that franchise films became a reality.

With the latest success of Housefull 4 that has raked in Rs 277 crore and a string of franchise films such as Commando 3, Mardaani 2 and Dabangg 3 waiting in the wings to release this year, and Baaghi 3, Shubh Mangal 3, Sadak 2, Bhool Bhulaiya 2, Satyameva Jayate 2 in the works for 2020, franchises have become a sure-shot formula for success.

Says Sajid Khan, director of Housefull, Housefull 2 and Housefull 4, “When a particular film does well and when the characters are liked by the audience, it is only then that the seeds of creating a part 2 get sown. When we were making Housefull 1, we never knew there would be a part 2. It was Sajid Nadiadwala’s idea to call the next film Housefull 2 and I gave the tag line ‘the dirty dozen’. All the characters changed and the only one that has remained common in all films in the Housefull franchise is Aakhri Pasta.”

One of the earliest films to have sequels was Dhoom. Sanjay Gadhvi who directed Dhoom 1 and Dhoom 2 thinks a franchise gives its producer the leeway of not spending much money promoting the future instalments. “The advantage is the familiarity of the audience with the existing characters. A lot of resources, money and creative efforts have been spent on creating these characters.

Exploitation of that is what a producer wants. In case of a second instalment, half your battle is won because you don’t have to spend much money on promotions and marketing. If Aditya Chopra says Dhoom 4 is coming, say with Ranveer Singh and Shah Rukh Khan, technically speaking no money will have to be spent on promotions because there is a sentimental value attached to the first film and people will come to watch it.”

What motivates producers and directors to create sequels is also the willingness of A-list stars to collaborate for these films. “If part 1 is successful and you make part 2, there is automatically a recall value. You are also assured of a big star cast and hence a big opening. Actors agree because they are assured of success since the opening of a franchise film is always huge,” says trade analyst Taran Adarsh.
While box-office success plays a major role in dictating the creation of sequels, one of the underlying reasons why filmmakers opt for franchises is the dearth of original writing.

Opines trade analyst Amod Mehra, “India never had this franchise phenomenon or else we would have seen Sholay 2 and 3 and Amar Akbar Anthony 2. A decade ago, when we didn’t have good writers and films were not clicking at the box office, the sequel phenomenon began. One of the earliest films to have a sequel was Nigahen (1989) which stemmed from the hit film Nagina (1986). But the second instalment flopped. Yamla Pagla Deewana which was not a hit had part 2 and part 3, and both proved to be disasters. So, at times the sequel formula has also backfired.”

But most of the comedy franchises have done exceedingly well compared to horror or action. Golmaal and Housefull franchises stand witness to the same. Says Sajid, “Comedy franchises are growing and doing well in India compared to Hollywood where it has always gone down. A Total Dhamaal did five times the business of its earlier part. A Housefull 4 has done twice the business of my third film. Same is true with Golmaal series.”