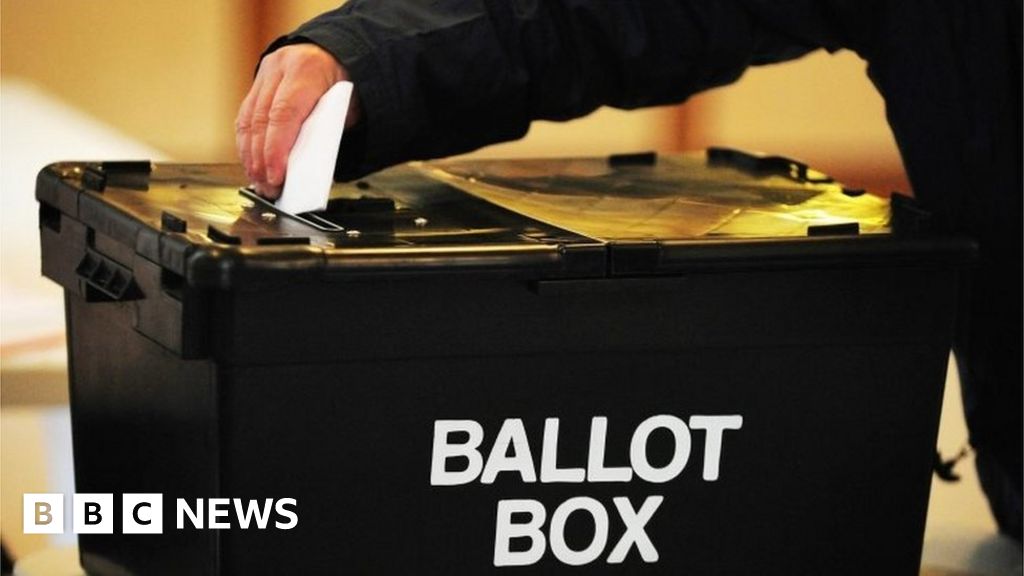 Boris Johnson has accused Jeremy Corbyn of a "sly attempt" to "fiddle" the Brexit referendum he is promising if Labour wins the general election.

The PM said the Labour leader should reconsider plans to extend the franchise to EU nationals living in the UK if the vote goes ahead.

The Conservatives argue Labour's policy would make it harder for Leave to win.

But Labour said it was "right" for people who had lived in the UK for long periods "to vote over their future".

It is not clear how many EU citizens living in the UK would register to vote or turn out for a referendum, or what proportion would vote Remain.

Currently EU citizens are not able to vote in general elections, except people from the Republic of Ireland, Cyprus and Malta.

They were also not able to vote in the 2016 referendum on the UK's membership of the EU.

But EU citizens can vote at other times including in local elections and elections for the Scottish Parliament, Welsh Assembly and Northern Ireland Assembly.

Labour says that if it won the election it would renegotiate Mr Johnson's Brexit deal with the EU and put the resulting agreement to another public vote - with remaining in the EU as the alternative option.

The referendum would be held within six months of the party coming to power, it adds.

Labour's manifesto promises to "oversee the largest extension of the franchise in generations" by giving full voting rights to all UK residents and reducing the voting age to 16.

But, writing to Mr Corbyn, Mr Johnson said: "This is a sly attempt to undermine the result of the 2016 referendum, and is profoundly undemocratic.

"Your policy of giving millions of foreign citizens the vote in order to overturn the referendum would create incredible bitterness that might take decades to repair.

"It would alienate millions who already feel disenfranchised and ignored by our political system."

The Liberal Democrats have said they would extend the right to vote in UK referendums and general elections to EU citizens who have lived in the UK for five years or more.

And the SNP says it wants to see the franchise for Westminster elections extended to include EU citizens and all those with a right to remain in the UK.