Could you make money from renting your clothes? 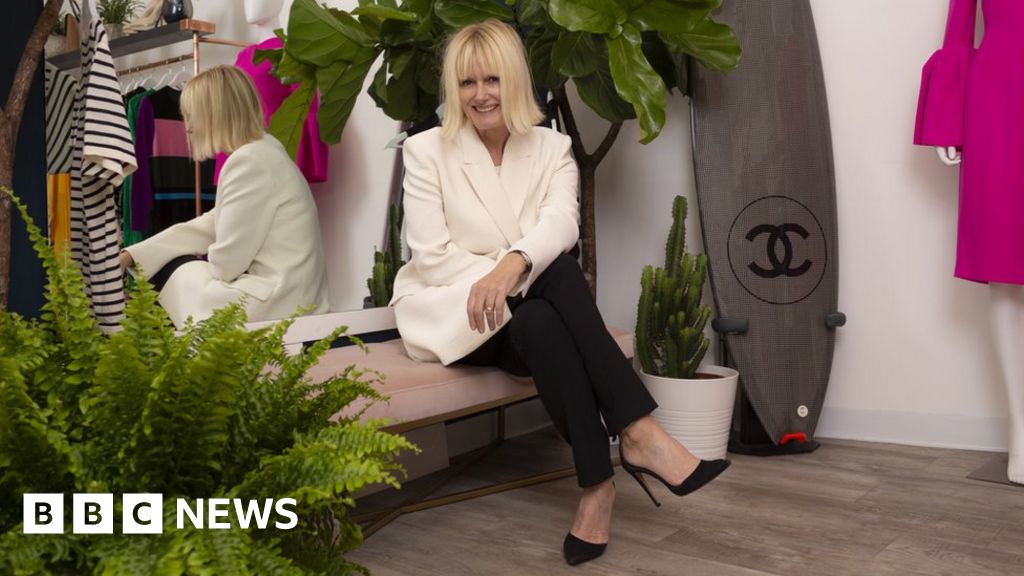 Could you make money from renting your clothes?

Treating your wardrobe as a source of income could be the way forward, according to retail veteran Jane Shepherdson.

She's the new chairman of a high-end fashion rental start-up called My Wardrobe HQ, which is hoping to make renting clothes rather than buying them popular in the UK.

Ms Shepherdson, who has spent 35 years in the industry and is credited with building Topshop into a global brand, sees renting designer clothes as an opportunity for people to be able to wear beautiful clothing, shoes and accessories that they wouldn't typically be able to afford.

For example, she envisages women renting a dress or a fancy pair of Jimmy Choo shoes for £60 to wear to a wedding or fancy function, rather than buying them for several hundred pounds. But she also sees the service as a way for people who have bought expensive garments to earn some money by hiring them out several times in a season.

"Anything we can do to slow down the mass purchasing of clothes and share each piece a little bit more, the better. It's kind of trying to reward a more conscientious way of purchasing," she told the BBC.

"I don't think it's going to solve the fast fashion problem immediately. What I hope is that in the longer term it will start to change people's behaviour slowly."

It's a potentially lucrative sector. US rival Rent the Runway, which claims to have pioneered the fashion rental concept in 2009, was recently valued at $1bn (£770m). It has a subscriber base of about 100,000 people who pay a subscription fee of $160 a month for unlimited rentals.

However, at £60 per dress, handbag or pair of shoes from My Wardrobe HQ, you'd still need to have a reasonable amount of disposable income in order to be able to afford such a lifestyle. It therefore seems unlikely that renting clothes at this level would appeal to Generation Z and younger millennials who are buying £5 dresses online.

Ms Shepherdson acknowledges that it will take a while before the British consumer is ready to spend this much on clothing that they don't get to keep.

'I rent one outfit a month'

Emily Broughton, 24, is a lifestyle blogger and entrepreneur focusing on sustainable causes.

She told the BBC that she stopped buying fast fashion in July 2018, and prefers to buy either second-hand designer clothes from vintage stores and charity shops, or to rent fashion from a range of platforms such as By Rotation or Hirestreet.

"A few years ago I'd be going round to my friends' houses and sharing clothes with them from their wardrobes, and rental is opening that up," says Ms Broughton, whose blog Saving the Grace focuses on sustainable living.

"I love to rent because you can get such amazing high quality items and try new looks."

On average, Ms Broughton wears one rented outfit a month, and spends about £200 in total on clothes.

Not all the outfits are expensive - she says she has rented clothes for as little as £10 for three days.

The idea of renting clothing is not new in itself - in the West, men have rented wedding suits for years, while in Southeast Asia many women now rent several wedding gowns for photoshoots and ceremonies.

However, it has never really been a particularly popular option for womenswear, as consumers prefer to own garments, whether they be brand new or secondhand.

According to retail expert Natalie Berg, the future of retail is for products to become services, because it helps retailers to retain customer loyalty, as well as staying relevant.

She cites several examples of this, such as Ikea renting out furniture, electronic retailer AO renting out washing machines, and sports brand Adidas asking consumers to bring back old worn-out shoes and then trading up for a newer model.

"It's about consumers prioritising access over ownership," Ms Berg explains.

H&M is also using its clothing rental service to offer a new personal styling service, which serves to tie customers to its brand.

And although consumers are becoming more environmentally conscious, Ms Berg doesn't think that fast fashion will ever really go away, because cheap clothes are always in demand.

She said: "The reality is that fashion is a remarkably wasteful industry, and I think there's just this growing awareness across demographics that we need to do more as a society to address our culture of waste."