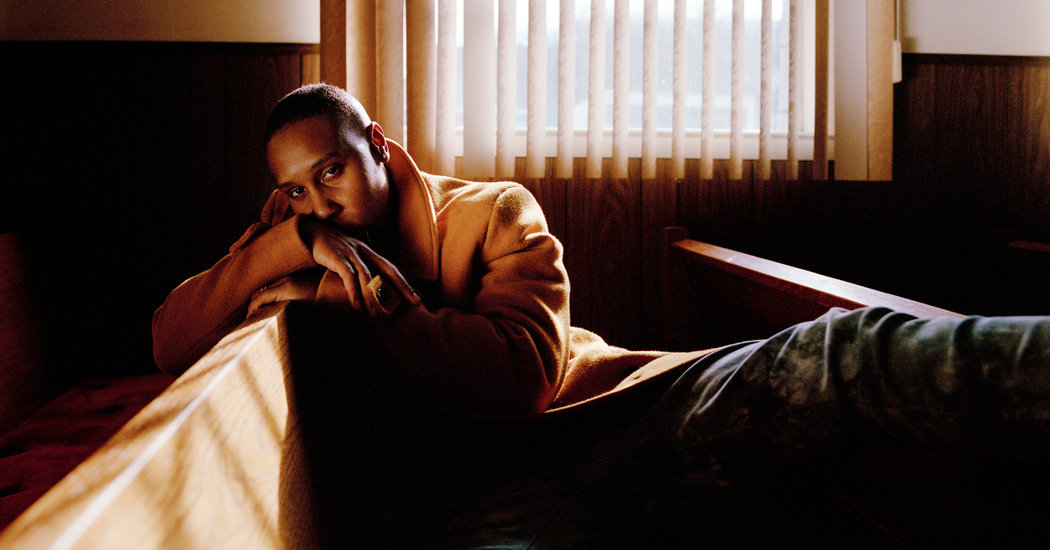 Lena Waithe doesn’t so much tell stories as spill them, like a tipped bucket on a steep driveway. Over breakfast last month in Chelsea, I asked for the one about how she got the idea for her first movie, the newly released drama “Queen & Slim,” and she delivered a spirited cascade that sprang from a single point of origin — a chance encounter with the writer James Frey — into tributaries tracing the history of black Hollywood, the myth of the lone genius and the four-year arc of her career. When Waithe began her answer, the waitress had just taken our orders. By the time I got to my second question, the food had arrived.

Waithe’s charisma and hyperactivity (in addition to writing “Queen,” which she produced along with the director Melina Matsoukas, she is the creator of Showtime’s “The Chi” and a BET project, “Twenties”) can make her seem inevitable. Her breakout role, as best friend to Aziz Ansari on Netflix’s “Master of None” (she won an Emmy for outstanding writing on the series) came by sheer force of personality: Ansari, who initially conceived the character as straight and white, met Waithe (gay, black) and rewrote it.

But “Queen & Slim” underscores just how unusual her rise has been. The film, starring Daniel Kaluuya and Jodie Turner-Smith in a race to freedom after a doomed confrontation with a white police officer, is a rarity: an R-rated, studio-backed feature centered on two dark-skinned characters who are far from traditional heroes. It’s the kind of movie that would be difficult to imagine in a world without Waithe, which is to say, at any other time than now.

At breakfast, Waithe, who wore a tan coat with a shearling collar and black Nike Air Yeezy sneakers (“Old Kanye,” she clarified), switched easily between the roles of artist and agitator, framing the movie not just as a creative breakthrough but also as part of a push for structural change in Hollywood. As a black filmmaker, she said, to ignore the political realities of the day always seemed implausible.

“Everything a black person does is revolutionary because we weren’t supposed to survive,” she said. “Everything we do is political because they politicized our skin.”

These are edited excerpts from our conversation.

You were saying that James Frey approached you with the initial idea for this movie at a party. What about it appealed to you?

The fact that no one had done it before. How weird is it that a white man thought it up? I was like, “We haven’t swapped that narrative yet?” I looked for it in the culture — didn’t see it. I’m like “I got to do it.” When people see the trailer, they’re like “Whoa,” because they’re so used to us being the ones who get killed.

Did the fact that he was a white man give you pause?

No, because I thought it was a good idea. He came up with that idea, but I wrote the movie. I freaked it. To me, if someone is saying “Here’s a seed,” I’m going to take it and grow a tree.

I think it must be hard to write movies that are inspired by contemporary tragedies like police violence; there’s so much in the news already and there aren’t really good resolutions available. Was it a challenge for you?

I don’t want this movie to be as relevant as it is. But the scary thing is the movie becomes more and more relevant with every passing day. The script is almost a result of my trauma. I’m a black person in the world watching TV like everybody else. The work that artists are doing right now, this is us trying to put a time stamp on the society in which we live. It is a violent one. It is a cold one, and yet we still are stylish and we still are funny and we still love and we still smoke weed and we still do crab boils. Even in the midst of this trauma, we survive, we live, and that, to me, is what the real meditation of this movie became.

Who are Queen and Slim to you?

Queen is a little bit of me. Little bit of Bryan Stevenson [the lawyer and activist], a little bit of my wife. She’s every woman on the bus stop I passed by. Slim can be very foreign to me, the way that his family is always at the forefront of his mind, the way that he’d rather fade into the background. But there’s some of me in him as well. I wanted to give them both a piece of all black people: religion, revolution, simplicity, complexity, family trauma, family unit.

The characters are sympathetic, but they don’t always do the right thing. And the movie doesn’t always make it clear what’s right and what’s wrong.

It’s tricky, though, because at the same time, you obviously have a point of view.

I do. And I have to put myself in the work. I have to put my spirit, my soul, my body, my skin, my fingernails — that needs to be in it. But it’s not a good scene unless two people in it have conflicting points of view. It’s Writing 101. Depth. Complication. That’s how the world is.

The movie feels like a 50-50 collaboration between your and Melina’s sensibilities. How do you pull that off and stay friends?

Well we talk about everything. And I know my lane. I’ve tried my hand at directing — it’s not for me. So I would never tell her how to direct a movie, and she would never tell me how to write one. I may have thoughts: “Hey, can they pace that up?” And she’ll be like, “I understand what you’re saying, but this is where I was coming from.”

It’s not easy to be a director on a film that I’ve written because of my place in the business, but we would work through all of that. She would say, “Do you mind if this says ‘A film by Melina Matsoukas’ and ‘Written by Lena Waithe’ in the trailer, but then on the TV spot it can say ‘From Emmy Award-winner Lena Waithe?’” Melina [who directed “Lemonade”] is such an auteur that she’s more comfortable blending in and observing, but she shouldn’t be in my shadow, she shouldn’t be in Beyoncé’s shadow — she is an icon in her own right.

It was such a smooth thing. I always say I accidentally packaged my own movie. I wrote it and I wanted Melina to direct it. That’s all I knew at first. Then I see Daniel. I told him about this movie I’m writing and he asked to read it. Very quickly afterward he emails me and is like, “I’m Slim.” Once we had the three of us, we were the three stooges. We met Pam Abdy and Brad Weston from Makeready, and they had a deal with Universal, whom I love because they released “Get Out” and “Straight Outta Compton” in great ways. But I told Brad and Pam, “I’m not going to take notes from you. This is a gift and you guys should receive it as such.” They were like, “O.K., we do.”

You’ve talked about the importance of having black celebrities finance more films, and named Will Smith and Denzel Washington specifically as people who could do more. Have you seen a response?

Let me say on the record that I have nothing but the utmost respect for those that have come before me, particularly people like Will Smith and Denzel Washington who were and continue to be really great examples of black men and strength and dignity through the ways in which they walk through the world. I don’t think that was necessarily productive for me to say what I said.

I sincerely apologize to Denzel and Will for even saying their names in a way that would make people think that I don’t understand the contributions they made to us as a community and in this industry. What I will say now is that what I would like to see is more black financiers, period, whether they be in the industry or not, because I think movies about black people that are funded with black money will hit harder. I also think it’s a new way for us to keep black wealth in the black community.

Do you ever feel like you shouldn’t have to worry about what your work means for the community? In the way that white writers typically don’t have to think about those kinds of things?

It is a freedom we will never know.

Tell me why you say that.

Because they’re the majority. They’re at the top of the food chain, so we do have to consider other things. But I do try not to think about it when I’m writing sometimes, because I know everybody will have an opinion. Like people were going to be mad about the fact that the actors were not born in America. [Kaluuya and Turner-Smith are both British.] Me and Melina desperately wanted American actors, but when Jodie Turner-Smith walks in a room, you do not say, “Sorry, we’re going with this other girl who’s not as great as you but black people will be happy.” I can’t do that. It’s like, “No, you write a movie and cast it however you want.”