‘The Lovebirds’ Review: It’s a Turkey 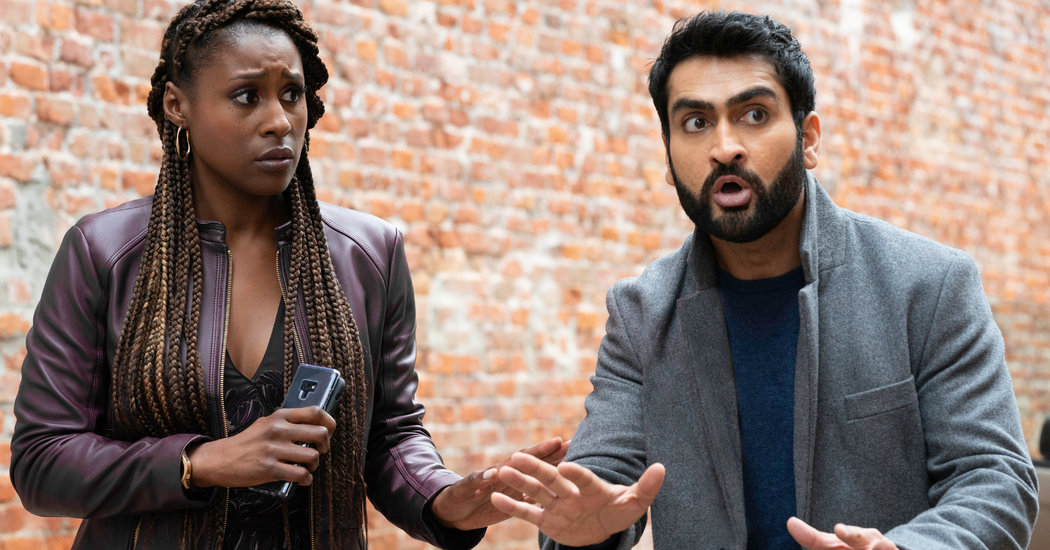 ‘The Lovebirds’ Review: It’s a Turkey

Remember “Date Night,” with Steve Carell and Tina Fey? I didn’t either, until I saw “The Lovebirds” and tried to think of another movie that had similarly squandered the appeal of two popular comic performers in a rom-com caper that managed to be both frantic and lazy.

There are other examples, of course, and it’s possible to prefer some of them to others. This one, starring Issa Rae and Kumail Nanjiani, starts out promisingly, and not just because it stars Issa Rae and Kumail Nanjiani. The opening sequence shows their characters, Leilani and Jibran, falling in love in the kind of montage that usually comes midway through a movie like this. Then suddenly it’s four years later, and they’re on the verge of breaking up, having worn out each other’s patience. It all unfolds quickly enough to be interesting, to make you want to get to know this pair a little better.

That never happens. Jibran is a documentary filmmaker, while Leilani works in advertising. In writing that sentence, I have now given the matter at least as much thought as the filmmakers did. Both halves of the couple are a little bit nerdy and a little bit neurotic, in ways that might be familiar to fans of “Insecure” or “Silicon Valley.” They squabble about Instagram and “The Amazing Race,” and seem to have no opinions about much of anything.

Maybe that’s unfair. They both like crudités, and they sing along with Katy Perry’s “Firework” when it comes on the radio in a ride-share car. This may be a good time — or maybe exactly the wrong time — to mention that Jibran and Leilani live in New Orleans, a city known for food and music. I’m a big fan of raw vegetables and reluctant to talk trash about a celebrity, but come on.

As if to distract from the blandness of its main characters, “The Lovebirds” — directed by Michael Showalter from a script by Aaron Abrams and Brendan Gall — half-bakes a busy plot involving murder, police corruption and an elaborate blackmail scheme in which printed photographs of sex acts are mailed around in envelopes. On the run from both cops and killers, Jibran and Leilani wind up at what looks like an “Eyes Wide Shut” theme party, with masked revelers, group sex and mumbo-jumbo incantations.

That sounds funnier than it is — a comic setup with everything but actual laughs. Rae and Nanjiani do their best, but neither the dialogue nor the direction serves their talents adequately. The flatness of the jokes and gags in “The Lovebirds” might suggest a made-for-streaming rush job, but this movie was originally going to be released in theaters by Paramount. Current circumstances make it easier to skip, but perhaps not as satisfying.