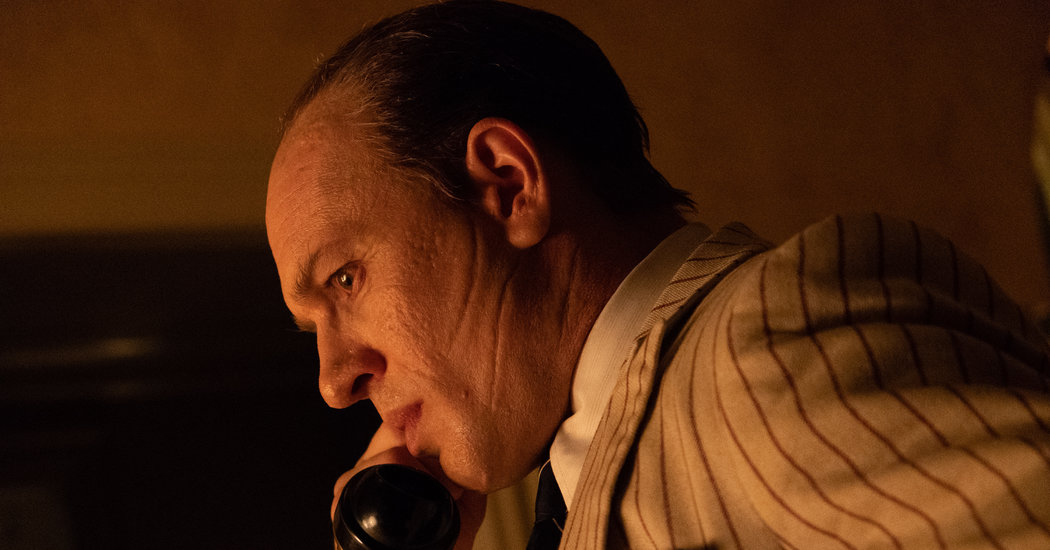 Buying into “Capone,” a freehanded take on the final year of Al Capone’s life, requires accepting Tom Hardy’s grotesque performance as the notorious Chicago gangster. Hardy embodies Capone during the post-prison period when he deteriorated in Miami Beach, demented from neurosyphilis. (After the movie’s Capone suffers a stroke, his doctor, played by Kyle MacLachlan, recommends replacing the kingpin’s signature cigar with a carrot.)

Hardy evidently sees Capone, who died at 48, less as a monster made frail by a human body (à la “The Irishman”) than as a boogeyman bloated with body fluids. Prosthetics have helped transform the performer into a repository of ashen skin, eyes with broken blood vessels and a guttural quack better-suited to the Penguin. If you hit the character with a baseball bat, he might explode, like a piñata of phlegm and other excretions.

It’s a tour de force of something — though not persuasive acting — and a distraction from any ambitions in this biopic from Josh Trank (“Chronicle”). The film observes Capone (“Fonse” to his loved ones — calling him “Al” is verboten) as he is doted on by his wife, Mae (Linda Cardellini), and presides over a tacky, shrinking estate and a family whose name he has doomed.

The paranoid, sweaty Capone is haunted by visions of a boy with a balloon and beset by other figures real and imagined (one played by Matt Dillon). The fantasy sequences are duller than the campy images from the present action, such as Capone vengefully shooting an alligator that interfered with his fishing or standing at a private screening of “The Wizard of Oz” to sing along with the Cowardly Lion’s vibrato. Who knew that Capone — or “Capone” — could be reduced to this?