'Modern Family' turns out the lights with a warm, funny series finale 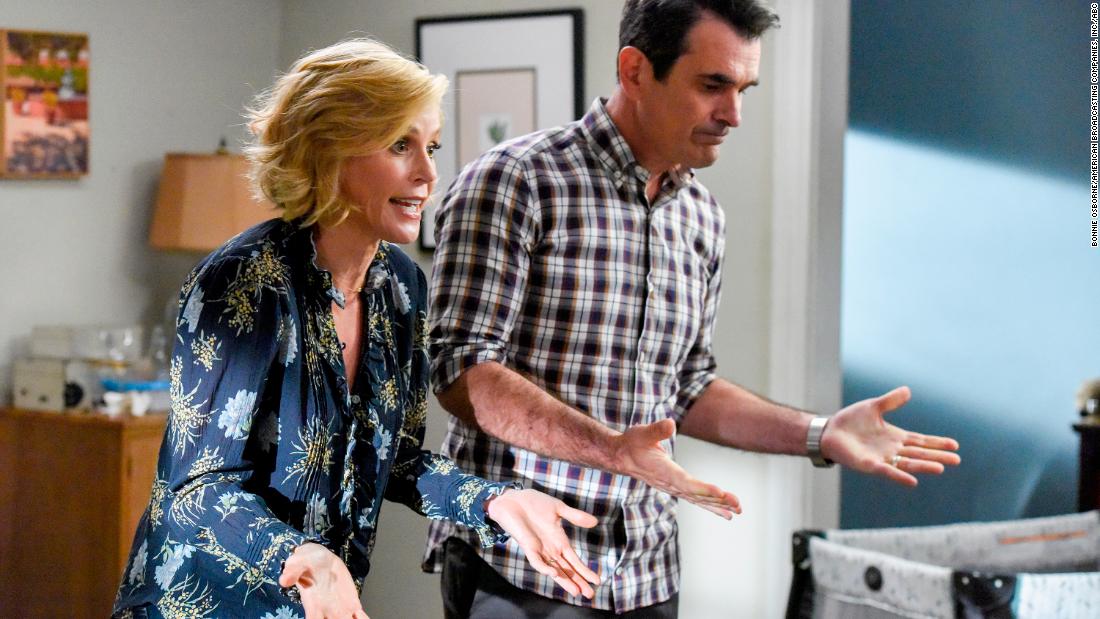 'Modern Family' turns out the lights with a warm, funny series finale

The ABC comedy has, admittedly, been running on fumes a bit the past few seasons, a seemingly inevitable byproduct of hanging around this long. So the writers had some work to do in terms of pulling it all together, offering a finale that was worthy of the show's mix of big, broad laughs and tender, family-oriented heart.
For the most part, the show delivered just that, with an hour that highlighted not just the show's legacy, but coming at an unsettling moment when such fare is sorely needed. That included -- in what felt like an homage to "The Mary Tyler Moore Show" -- a big group hug, where nobody wanted to be the first to let go.
Each family faced its own crossroads. After adopting a baby boy, Cam (Eric Stonestreet) got offered his dream job back in Missouri, which would force him and his husband Mitchell (Jesse Tyler Ferguson) to uproot themselves, vacating the new house they just finished lovingly furnishing.
The Dunphys, meanwhile, were dealing with a not just full but overflowing house, with all of their now-adult kids still living at home.
Still, when Claire (Julie Bowen) and Phil (Ty Burrell) asked one of their children to move out to ease the strain, they soon faced the unintended scenario of having them all go, leaving the couple facing the daunting prospect of an empty nest.
Finally, Jay (Ed O'Neill) was grappling with the fact that his wife Gloria (Sofia Vergara) is successfully working, while she worried that her sons don't need her the way they once did. His secret attempt to learn Spanish to surprise her also provided perhaps the best gag, when Phil misunderstood his request for a spoon.
It was, clearly, a lot to juggle, but the episode created moments for all of the characters, ranging from the funny to the touching, starting with Jay saying about Mitchell and Cam moving, "Both my sons are leaving."
It's worth noting, too, that for all the laughs, "Modern Family" belongs to the great tradition of sitcom trailblazers, having married its gay couple -- and watched Jay overcome his initial misgivings about the ceremony -- a year before the Supreme Court's landmark ruling on the issue.
As for the kids moving away, the show's parting image (before a medley of photos, showing how everyone had grown up) offered the perfect symbol of that, after Phil told Claire, "Leave the porch light on. They come back."
"Modern Family" not only shares the Emmy record for best comedy wins by a series (five, along with "Frasier"), but it was the last show on a broadcast network to hold that title. And every time a major sitcom hit signs off, it seems that much less likely we'll see another one like it again.
That's not to say there won't be another "Modern Family" some day in the future. But for now, with the show having so niftily ended its run, about all ABC and the other networks can do is leave the porch light on.
Read this on WNG CNN