‘Sonic the Hedgehog’ Opens Strong at the Box Office 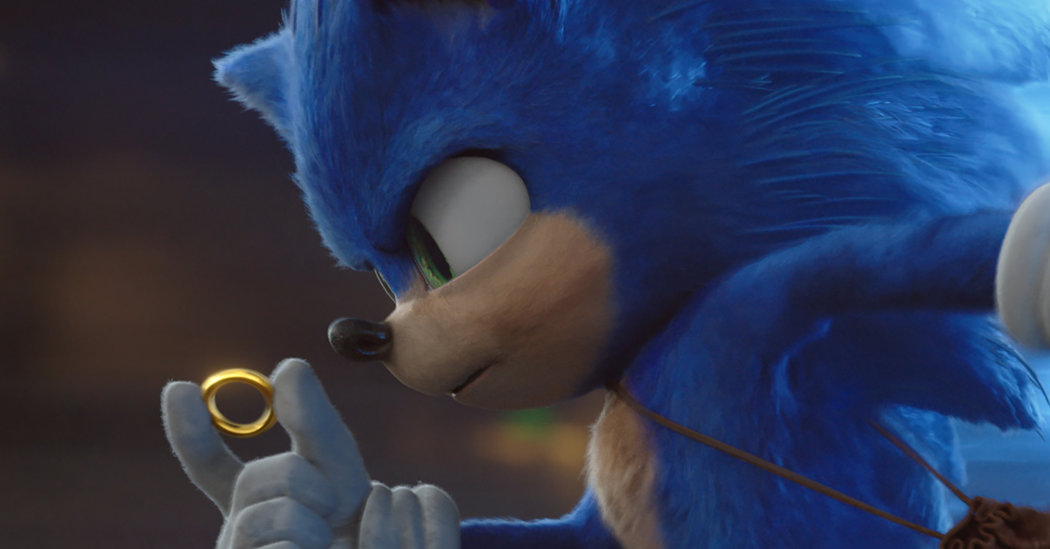 ‘Sonic the Hedgehog’ Opens Strong at the Box Office

“Sonic the Hedgehog” shot to the top of the box office this weekend, opening to an estimated $57 million in domestic ticket sales — a somewhat unlikely success story for the film, an adaptation of a video game series about a little blue creature with a superhuman sprint.

The movie could easily have been a box-office disaster. Domestic moviegoers haven’t always been particularly kind to adaptations of video games; “Warcraft” and “Assassin’s Creed,” from 2016, and the more recent “Tomb Raider” reboot, all struggled at the box office. And the creators of the “Sonic the Hedgehog” redesigned its digital title character, delaying the movie’s release, after audiences ridiculed an early trailer.

But “Sonic the Hedgehog,” distributed by Paramount Pictures and based on the Sega video-game character, has more than avoided catastrophe. It brought in an additional estimated $43 million overseas this weekend, according to the studio, bringing its global opening-weekend total to $100 million. The movie’s budget was reportedly $85 million.

Directed by Jeff Fowler, “Sonic the Hedgehog” pairs its blue, fur-covered hero (voiced by Ben Schwartz) with a human friend played by James Marsden, and pits them against a mustachioed villain played by Jim Carrey.

While it may not be the next “Parasite,” “Sonic the Hedgehog” received a fairly warm response from critics, holding a 63 percent fresh rating on Rotten Tomatoes. Ticket-buyers seemed to embrace it, too, giving it an A grade in CinemaScore exit polls. (Ben Kenigsberg, in his review for The New York Times, was less impressed. “Sonic now resembles a cartoon hedgehog instead of a spray-painted marmot,” he wrote, referring to the character’s digital makeover. “But if anything was done to de-genericize the script, it hasn’t helped.”)

[Read our critic’s review of “Sonic the Hedgehog.”]

Two lower-budget newcomers are in a close race for third place.

“Blumhouse’s Fantasy Island,” a horror movie distributed by Sony, opened to an estimated $12.4 million in domestic ticket sales this weekend, a good start for a movie whose reported budget was around $7 million. Estimates place it slightly ahead of Universal’s “The Photograph,” a New York-set romance with Issa Rae and Lakeith Stanfield that also had a good opening this weekend, with about $12.3 million in domestic sales from Friday through Sunday. (That film’s reported budget was $16 million.) Either movie could land in third place when final counts are made on Monday.

Second place went to “Birds of Prey” (Warner Bros.), a DC Comics origin story with Margot Robbie that had a disappointing opening last weekend. It continued that course this weekend, bringing in an estimated $17.1 million in sales according to Comscore, which compiles box office data.

But the weekend’s biggest stumble was probably “Downhill” (Searchlight), a comedy with Will Ferrell and Julia Louis-Dreyfus that opened to an estimated (and meager) $4.7 million, landing in 10th place. The movie, a remake of the dark Swedish comedy “Force Majeure,” had received weak reviews; its Rotten Tomatoes score is 40 percent.