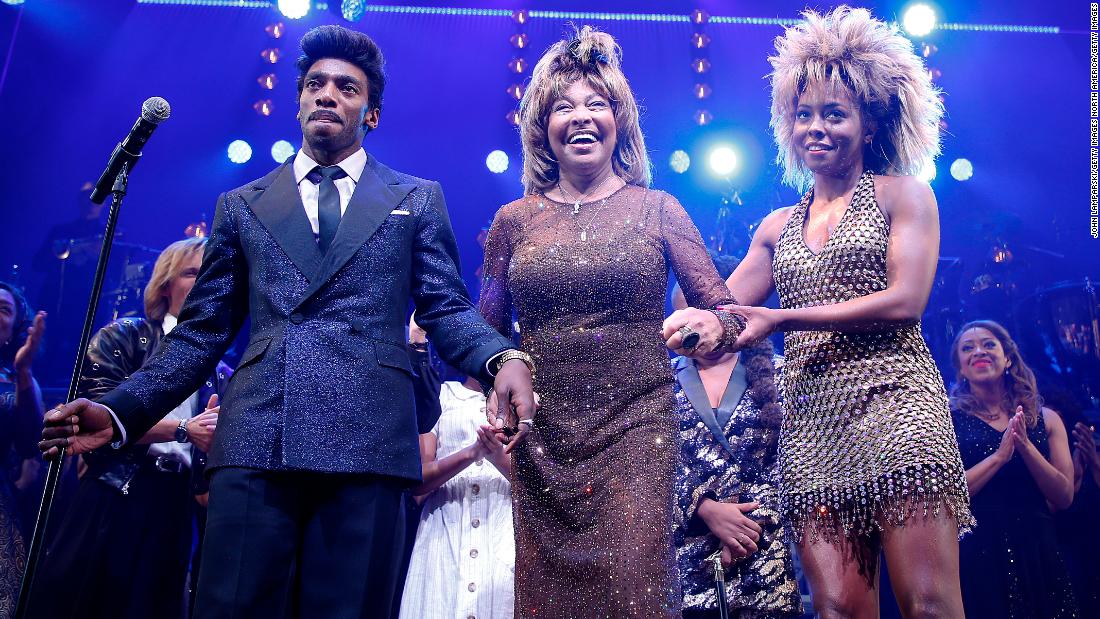 The music icon, 79, appeared at "Tina: The Tina Turner Musical," at the Lunt-Fontanne Theatre in New York City, and surprised the audience with a post-show speech. Tony-nominated actress Adrienne Warren, who plays Turner in the show, joined her on stage, along with the rest of the cast and creative team.
"This musical is my life but it's like poison that turned to medicine," Turner told the crowd. "I can never be as happy as I am now."
A star-studded crowd showed up for opening night, including Oprah Winfrey, Gayle King, Martha Stewart, Tiffany Haddish, Sunny Hostin, Spike Lee, Whoopi Goldberg, Tituss Burgess, Christine Baranski and Anna Wintour.
The musical follows the life and career of Turner, including turbulent times she endured.
Turner wrote a note in the program for audience members: "I've been blessed with a wonderful career. After more than 50 years of performing I don't need a musical, I don't need another show. But I get so many cards and letters, I still can't believe how people feel about me on stage and the legacy they say I left."
"People tell me I gave them hope," she continued. "It meant so much to people I feel I have to pass it on, and I hope this show serves what the people need, as a reminder of my work."
Phyllida Lloyd directs the musical. Katori Hall wrote its book, alongside Frank Ketelaar and Kees Prins. The music throughout the show includes "Proud Mary," "River Deep, Mountain High," "Private Dancer" and her smash hit, "What's Love Got to Do with It."
Read this on WNG CNN